A specially authorized Istanbul court ruled yesterday to release prominent publisher and human rights activist Ragıp Zarakolu (65) and 14 others who had been arrested in connection with the Kurdistan Communities Union (KCK) trials.

Zarakolu didn’t expect the sudden release, which in fact is the result of a lot of campaigning in Turkey and worldwide. So he is carrying his personal stuff under plastic bags in a shopping car due to the sudden starting rain. Hurrying as if being scared, that authorities might change their mind. 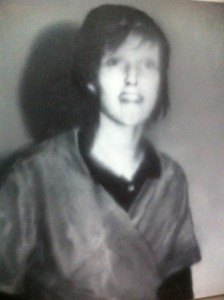 Richter’s works about the German autumn 1977 reached the audience in 1988. He pictured the dark room of democracy in Germany. The death of the imprisioned founders of the Red Army Fraction (RAF). It’s a good sign, that the works are exhibited now in the old National Gallery in Berlin, the shrine of German romanticism and the romantic transfigured nationalism.

Gerhard Richter was born to Horst and Hildegard Richter in Dresden on February 9, 1932. He grew up in GDR and moved to the BRD in 1961.

Gerhard Richter was one of the first German artists to reflect on the history of National Socialism, creating paintings of family members who had been members, as well as victims of, the Nazi party. Continuing his historical interest, he produced the 15-part work October 18 1977 1988, a sequence of black and white paintings based on images of the Baader Meinhof group. Richter has continued to respond to significant moments in history throughout his career; the final room of the exhibition includes September 2005, a painting of the terrorist attacks on the World Trade Centre in New York in 2001.

The Austrian artist shows Transformed posters of Turkish Sex movies from the 1970th. She covered most of the original poster surface with red colour and added slogans of the international Occupy movement.

The actresses are suddenly transformed from their role as sexual ojects. They get real actors as new heroes of a political movement claiming equality and freedom. Occupy!

Ona B. (1957, Vienna) is living and working in Vienna. “Ona” is an artist pseudonym. Ona is the name for “she” in lots of languages. The artist is working interdisciplinary with different media forms. Paintings, installations, Photos, Video, Conceptual art…… Since 1987 she is working partly with other artists as the artist community “Die Damen”

Istanbul nights: talk on the street Moritz Reichelts Foto: Symbiotic Design. A favorite photo at the Facebook-Fanpage of Sense of Time. To see the original size click the image.