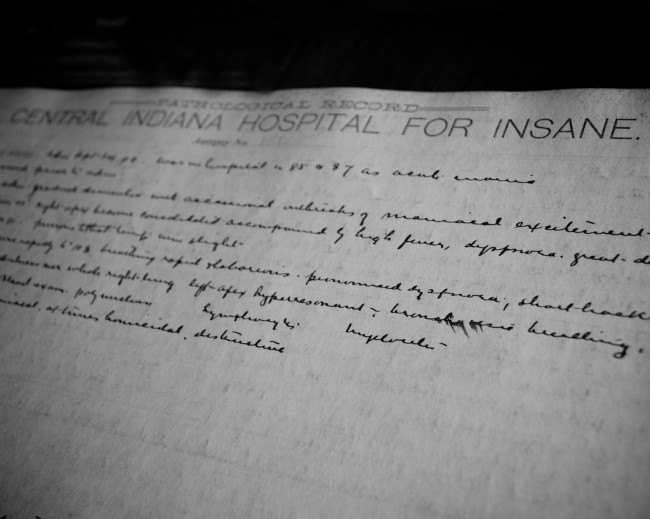 They say there are secret cemeteries beneath the sprawling grounds of the Central State Hospital. They say bodies and pieces of bodies were dumped in trenches after being taken apart in the laboratory. It takes three people to perform an autopsy: someone to do the cutting, another to weigh the organs, and a third to record the results. Blood and other fluids drained through the tiled floor and ran beneath one hundred acres of landscaped gardens before spilling into the White River.

Copper has anti-bacterial properties. Northern light is the best for viewing bacteria through a microscope. There’s much to learn at the little museum in the old pathology building at the defunct hospital. Tumors, trauma, and congenital defects. Degenerative disease and inflammation. Next to a yellowing brain in a jar, a card says, “Patient never displayed peculiar behavior until he was wounded in the head during the Spanish-American war. He became childish but was able to work as a farmer until the age of seventy when he turned violent and institutional supervision became necessary.” Bottles of sulfate of ammonia, benzoic acid, smelling salts, and ‘chemicals’ line the dark wood shelves. Hanging from the walls are dozens of sepia portraits of stern men with beakers and skeletons in the background. 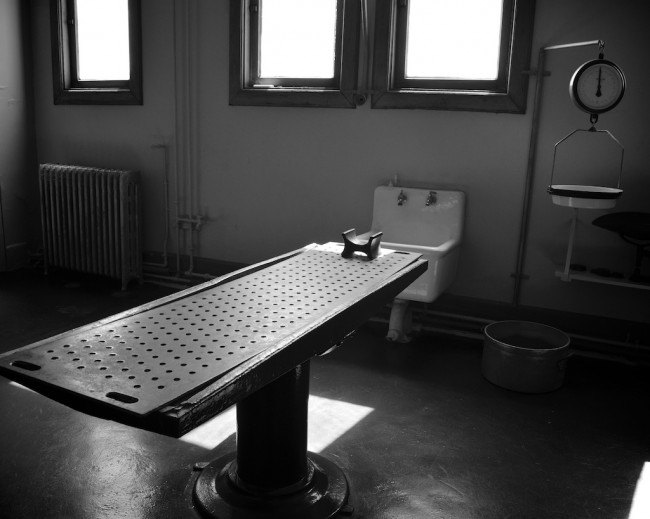 Read the full articel by James A. Reeves at the Bureau of Manufactured History