David Bowies first single after a ten years break is a hommage to Berlin, where he lived from 1976 to 1978.

With black and white pics from Schöneberg, the wall, the ruins of the Reichstag….. I love it, because I adore his albums “Heroes” and “Low”, that where produced in the Hansa-Tonstudios just beside the wall in those days.

It is a clever advertisement trick to market the single over I-Tunes by making it a requirement to buy the whole album in advance for getting this song for free though! Well, the album appears in March and it probably won’t disappoint either

Anyway Musicians like David Bowie, Iggy Pop and later on Nick Cave gave lots of Inputs to trigger Berlin’s trashy charme for getting a hotspot for creatives worldwide. 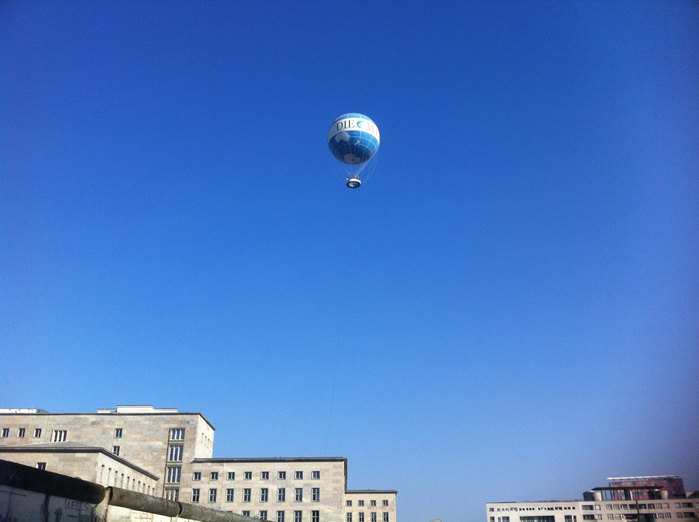 Had to get the train

You never knew that

That I could do that

Sitting in the Dschungel

A man lost in time near KaDeWe

The moment you know

You know, you know

Fingers are crossed
Just in case
Walking the dead